TO COMMUNICATE WITH INFINITY 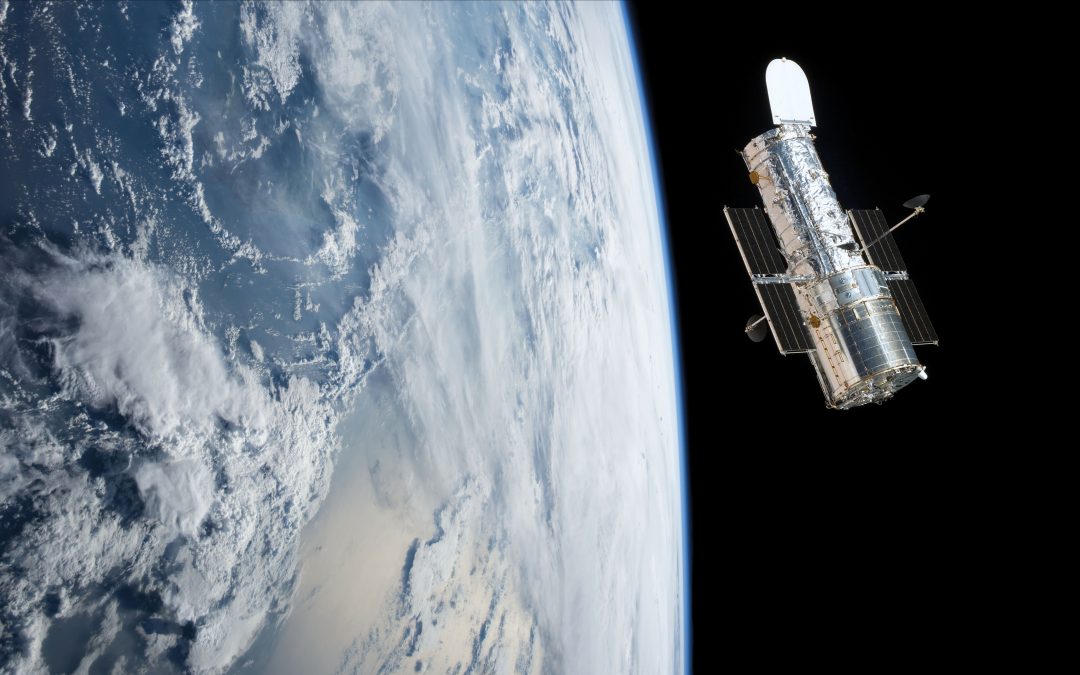 Even today, thirty years after its launch, the Hubble Space Telescope (see Cosmo 6) remains the most desired by astronomers, despite the advent of tools to the ground with a diameter of 10 meters, there is a reason. Even with a diameter of only 2.4 meters, Hubble has the privilege to exercise in an environment which is not affected by the atmosphere of the procured disorder.

The ground-based telescopes are subjected to a thick blanket of air 100 km, which behaves like a continuously variable lens in shape and density. Thanks to the so-called “adaptive” optics and operating in the near infrared, a tool with a diameter of 8 meters approximates in resolution to Hubble; but in the optical band this extraordinary instrument is still beating everyone down.

This introduction is necessary to understand because even an amateur space telescope, like the BFC Infinity project has its own meaning: a small-diameter telescope, if well designed and operates out of the atmosphere, performs better than any other place in the amateur telescope soil among those rentable remotely. Not so much in terms of limiting magnitude (which depends on the total time of exposure more than the diameter), but the instrumental resolution, which can be pushed up to the maximum theoretical limits of optical diffraction, unlike the tools to the ground.

With these assumptions, the BFC Infinity space telescope promises to be economical choice and readily accessible to amateur astronomers committed, eager to work with good data, but also to university, amateur or professional research schools and groups, so they can have immediate access to data high quality, bypassing the long and uncertain phase proposal for the use of professional structures, where the discretion of the information could not be guaranteed in a situation of international competition. So, the stakes justify the cost to access the instrument.

An ambitious project like Infinity BFC involves multiple issues concerning its management, both in terms of personnel involved in the orbit control operations, both in the collection and distribution stages to users of commissioned data. Unlike a remote observatory on the ground, often allocated at a facility that gives intervention guarantees on-site personnel for maintenance or for technical hitches solution with BFC Infinity will all be much more complex, since all operations and maintenance the instrument in orbit will be carried out automatically or controlled from the ground: no astronaut will ever reach the satellite.

Expressing today of automation and remote control of an observatory is quite normal, but a few years ago it was not for nothing, and the appropriate software resources were almost exclusively of professional structures. In addition, the management software were impractical and it was not easy to bring together various functions in a single platform from which access to the integral management of an observatory.

On this front, it is a pioneer in the Palermo Salvatore Massaro, author of the automation software from Omega Research Lab, able to perform multiple functions into a single platform in robotic mode. This software has been adopted by some professional and advanced amateur structures centers around the world and allows the management of the various stages of an astronomical recovery by pointing to the data processing. Massaro, who also wrote for other astronomy applications and research, is working on software that will allow users to give commands to BFC Infinity and to collect the results of the photographs taken by the new Space Telescope.

We wanted to know more about the author, handing him a few questions.

“I was born and I live in Palermo – says Massaro there – where I attended a Technical Institute. I worked the offices of INAF Catania and Palermo and La Sapienza University   From Rome. I deal with automation of astronomical observatories and I supplied the automation to different companies for Italy and abroad.

I also deal of astronomical information with conducting nighttime observations on behalf of associations, universities and educational institutes.   I realized the automation of the only automatic coelostat in Italy, at the Stefanini Institute of Mestre. ” Such a rich curriculum is the goal of a long process started long ago. “My interest in astronomy was born with me, becoming net to 6 years old,” says Massaro – “Of astronomical software instead I deal since 1992. The first version of the search ran under DOS system, and needed two PC connected to each other to function. With this system, in 1998 I made a pre-discovery of a supernova in the galaxy NGC 7541 “.

We’re talking about 1998dh SN, discovered at Lick Observatory July 20, 1998, but Massaro had “captured” on the same day, just before, when the magnitude was 16.8, up. Those were different times, when the discovery of a supernova still gave some popularity. Search software is a renowned and appreciated by those who practice astronomy, especially by those who intended purpose of study, since it provides several tools for managing measures that are essential for any serious researcher, such as photometric and astrometric.

However, one thing is control one instrument to the ground, reached via an Internet connection, it is quite another to communicate with a satellite in space, carrying a telescope that can be pointed at any astronomical source. And this must be done while the telescope is moving at great speed along its orbit, collecting data that will be immediately downloaded to the ground and delivered to the user who has requested.

Although we are still in the planning stage and to define several issues concerning also the hardware, curiosity is so much, so we tried to wrest some anticipation about the features that will have this new software and what difficulties will have to get around. “The one on the edge of the telescope should be as lean as possible, since you just record and send the raw data. This data is then processed to Earth, reconstructed and recombined according to customers’ requirements. The very nature of the environment in which it will operate the telescope is already a great difficulty. Furthermore, the time installation will necessarily be short, because of the orbital velocity of the satellite telescope. ” Not an easy task, and many details are still to be defined to accommodate the required specifications, but we are confident that Massaro will do a good job and we also understand a degree of confidentiality in disclosing more. There will still be way to talk about that yet.